VIVEKANANDA WRITES AND INSPIRES US

My child, what I want is muscles of iron and nerves of steel, inside which dwells a mind of the same material as that of which the thunderbolt is made. Strength, manhood, Kshatra-Virya + Brahma-Teja. Our beautiful hopeful boys — they have everything, only if they are not slaughtered by the millions at the altar of this brutality they call marriage. O Lord, hear my wails! Madras will then awake when at least one hundred of its very heart's blood, in the form of its educated young men, will stand aside from the world, gird their loins, and be ready to fight the battle of truth, marching on from country to country. One blow struck outside of India is equal to a hundred thousand struck within. Well, all will come if the Lord wills it.

Persevere on, my brave lads. We have only just begun. Never despond! Never say enough! . . . As soon as a man comes over to the West and sees different nations, his eyes open. This way I get strong workers — not by talking, but by practically showing what we have in India and what we have not. I wish at least that a million Hindus had travelled all over the world!

Yours ever with love,
VIVEKANANDA.

*[You may treat these letters as if addressed to you]

Swami Vivekananda's 150th Birth Anniversary was celebrated at Ramakrishna Ashrama, Dinajpur in Bangladesh. Here are some photos of the celebration. 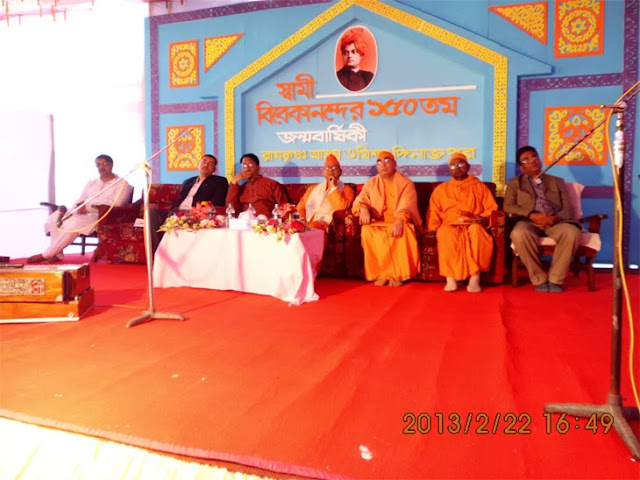 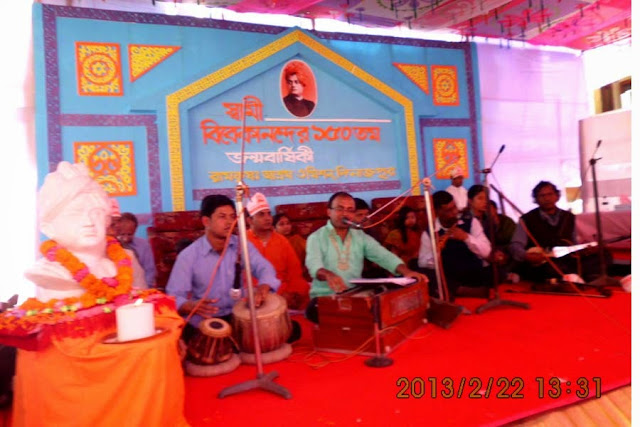 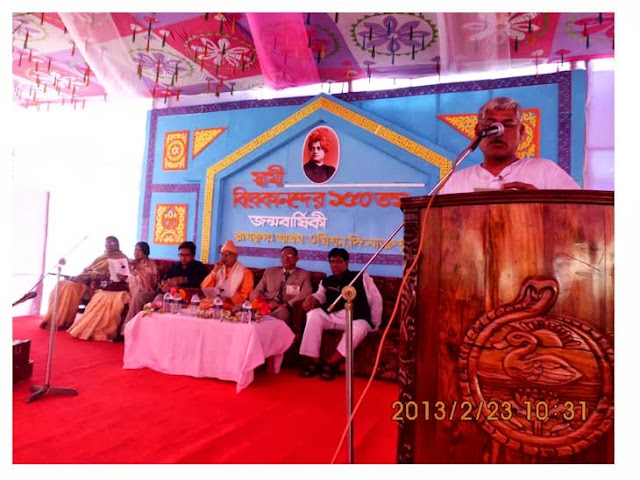 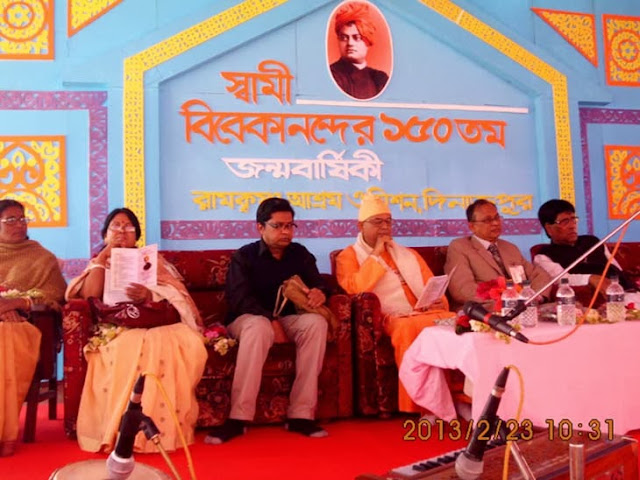 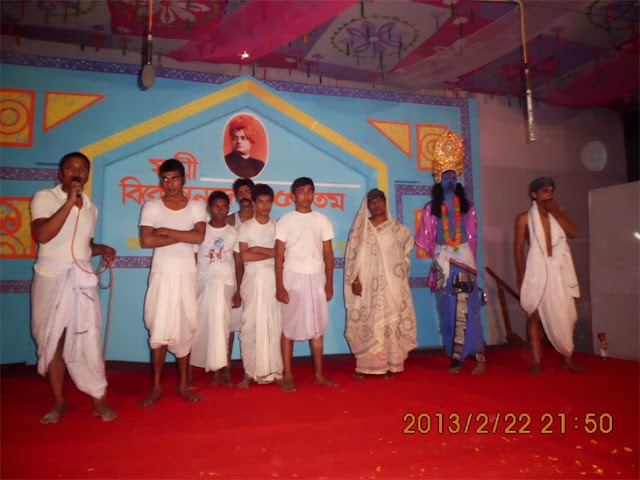 On the occasion of Swami Vivekananda's 150th Birth Anniversary a postal stamp was released by HE Mahinda Rajapakse, the 5th Executive President of Sri Lanka on 7th June at Temple Trees. 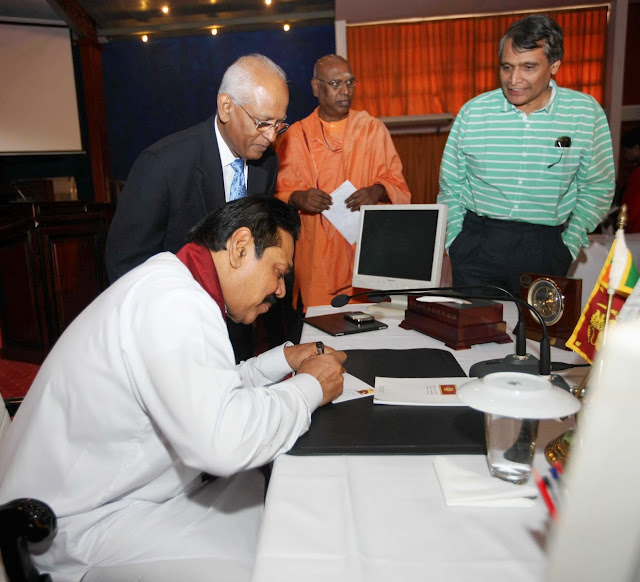 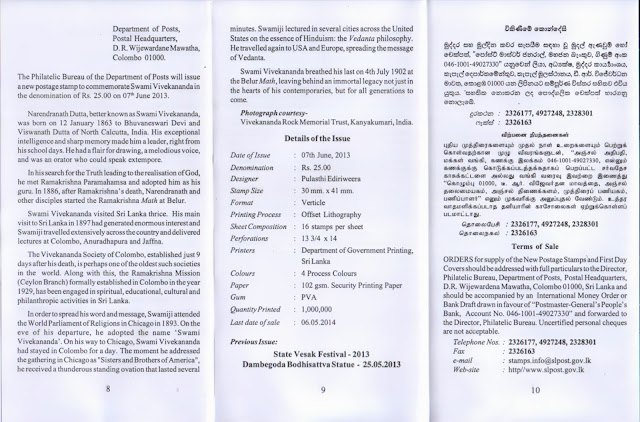 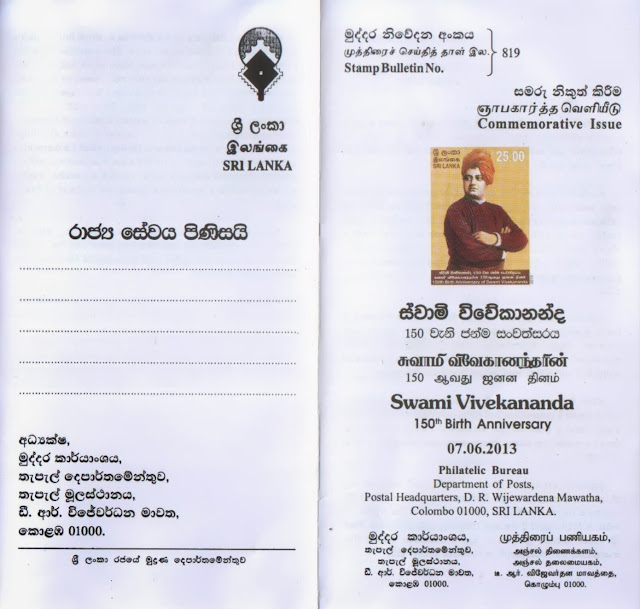 Ramakrishna Math, Mumbai organized a programme on 31 May in commemoration of the 120th anniversary of Swami Vivekananda’s historic voyage from the Gateway of India (Mumbai) to the West for participating in the Parliament of Religions at Chicago. 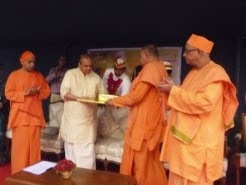 Two books brought out on Swamiji were released by Sri Sankaranarayanan.  Besides, a small programme was held at the Gateway of India.  Altogether about 1000 people attended the programme.